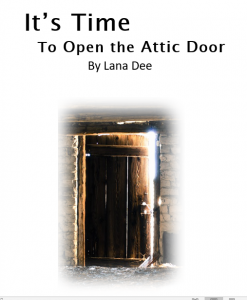 My life as a a caretaker

I JUST HAD TO GET AWAY


It was nearing Thanksgiving and I decided to go visit my daughter and her family in Missouri.  I managed to get my
sister-in-law, Diane, to stay at the house with my mother.
I love to cook and so volunteered to make the Thanksgiving Dinner for my daughter.

Early the next morning, I received an urgent call from Diane.  She had gone in her room to check on her and she was not well at all and so decision was made to call 911. Before long, my mother was unresponsive.  E.M.T.s decided to transport her to the hospital.  I got Michael up, hurriedly threw our clothes in the suitcase, said my goodbyes and drove the 6.5 hours home.

During the drive I received a call from the paramedics who were trying to figure out what had happened to my mother and what medication she had taken. They became angry with me because I couldn’t tell them the exact dosages of her medication, and I explained I was driving home from Mo. and didn’t think to bring her medications list with me!

I arrived to an all but vacant hospital because of the holiday weekend.  My mother was unconscious, and they believed she had suffered a heart attack.  I stood at her bedside and
began to cry and pray.  I did not want her to leave this earth like this.   I sat all night in the waiting room and visited as often as they would let me.

And then she woke up.  I was overjoyed! I held her hand and was thrilled that she had come out of the coma.  They talked about sending her to a nursing home that also had a rehab
unit.   I told  her about this and  that I loved her.

The next day I put a call into her personal doctor.
At this time the hospital had assigned a house doctor to her, but I just had to talk to him to find out what to do.
He came in, looked at her chart and at her and took me aside.  The Dr. said “If this were my own mother my advice would be the same.  She is too sick to go through heart surgery and recovery.  Let her go.”    I was broken hearted but knew his advice was sound. After the Dr. left, my mother said, “I trust you honey, whatever you decide.”

It was breaking my heart!  I knew there was the possibility that surgery might help, but the doctor was convinced it
wouldn’t, and that her last days on earth would be days of misery.  I felt like the worst daughter on earth!

As I was sitting in her room thinking about what to do, the Lord prompted me to ask her if she was prepared to meet Him, if she were to die.  I didn’t want to ask her that!  Afterall, hadn’t she become a Christian when she was young? But I obeyed.   Her answer surprised me.   She said
no, she honestly did not know if she was prepared to meet the Lord if she were to die.  I said, “Mom, you CAN
know.  Do you want me to pray with
you?”  She said yes.

I was so glad I obeyed.  No matter what happened, I would see her again one day in Heaven!

IT WAS NOT JUST A NURSING HOME


When my mother recovered enough to be moved, she was taken to a nursing home.  Her insurance allowed her one month of “rehab” before she would have to be private pay.  She could no longer walk very well on her own and she readily agreed to go.  I felt terrible having to take her there, but she ended up having the time of her life.   Her meals
were brought to her, she was bathed, cared for, they came when she pushed a button and they had bingo!   My
mother became a social butterfly.  She loved the people and they loved her.

One day mother handed me two folded dollars; she wanted me to take them.  It was her winnings from bingo that day.  She was having a great time attending the activities the center held. I came over every day after work, I felt our time was short and I just did not want to lose her again.
Those two dollars?   I still have them in my wallet.


Mother’s month was coming to an end and we had to decide what to do.  At this point her body was swelling from the fluids her heart could no longer remove, due to her congestive heart failure.  I told her I wanted to bring her home the next week as her month would be over.  She responded, “Now honey, let’s not be too hasty”.

The night before her “month” was up, and she would become private pay, my mother passed away.   I would not be bringing her home after all.  She now lived in her Heavenly home.

I had been a caretaker for 60 years.  And now I found myself without a mother or a father I gave all her remaining
belongings to my siblings and Salvation Army.
I did not want anything around to remind me of her or my
father.  I did not want to grieve.  I would say to those who asked me why I kept nothing for myself? “I don’t want anything to remind me of them; I don’t need anything to
remind me, I lived it!  Now I want to forget it.

But that wasn’t true.  I had two dreams of my mother.  In the first one, she was coming out of my bedroom and I stopped her and hugged her.  I asked her if she was tired and if she would like to lay down. This dream made me sad because I missed her, but also laugh because those
words never came out of my mouth when she was alive.
I was always asking her to get up, come out of her room and move a little!

In the second dream I saw my mother in my living room.
She looked just like she did when she was young.
Her hair was dark, curly and flowing down her back.
She was in a hurry to get somewhere.
She had things to do!   I believe the Lord allowed me to dream that, to know she was in Heaven and having
a wonderful time.

As I was taking out the Christmas decorations that year, I found a surprise. I had thought I had given everything of my mother’s away. But I found a box of little ornaments tucked away, in the back of the closet.  They were from my mother’s
little tree.  That year I bought my own little tree and hung those ornaments in her honor. I also went out and added to her collection. I missed her.

I began to take inventory of my life and realized I was OLD! Well, certainly older than when I first made plans for my life.  I had lived my entire life taking care of my parents and now what good were my dreams that I had held onto all those years? I now had health issues of my own.  I suspect that the years of living with my parent’s secondhand smoke has affected my lungs.  So, some days I could sing, and most days I could not. It didn’t really matter, because most churches had stopped allowing people to sing “specials”, and choirs were just about non-existent. There was  nowhere to sing anyway. Besides, who would want to listen to anything I had to say, now that I was old?
This revelation hit me like a ton of bricks.  I felt that life and God, had passed me by.

I would just get comfortable in my chair and watch a lot of TV. I slept in. I had looked, longed, wished, wept and believed that I would find myself in full-time ministry ever since I was 14 years old, but here I sat.
There were those along the way who tried to encourage me, reminding me that God can use us at any age, but I decided I would just relax a little, I had earned it.

The Bible says “Romans 8: 38-39. “For I am persuaded, that neither death, nor life, nor angels, nor principalities, nor powers, nor things present, nor things to come,  Nor height, nor depth, nor any other creature, shall be able o separate us from the love of God, which is in Christ Jesus our Lord.” Certainly my disappointment in life could not.
I still loved Him and couldn’t stand being angry with the Lord. It was not long before God spoke to me again.

How to get through life with a smile on your face and hope in your heart. There is a better way, through a relationship with Jesus Christ. I am a wife, mother, grandmother and a believer in the Lord, Jesus. Do you have a problem or need someone to talk to? Write me at: dearlanadee@gmail.com
View all posts by lanadee →
This entry was posted in My Story and tagged Caretaker, dearlanadee.com, Life of a Caretaker, My Story, Time to Open the Attic Door. Bookmark the permalink.